Blog: The Road to Iron Mountain (by Eric Boonstra) 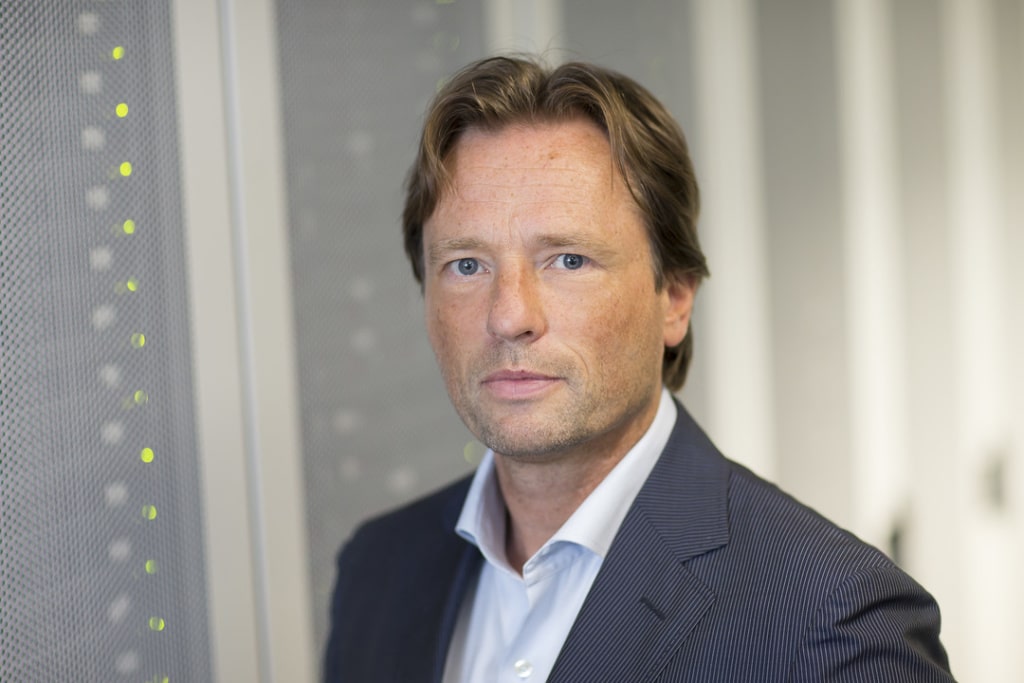 At the end of May Iron Mountain acquired EvoSwitch Netherlands. I thought I’d take a minute to explain why that was a good idea for both businesses and some of the opportunities it presents for our customers.

Going back a year, 2017 was EvoSwitch’s best year ever, but we found ourselves thinking “what about the next five years?” We had a great position in the market, but we needed more funds for build-out, more scale, and we needed to expand in the high-growth FLAP (Frankfurt, London, Amsterdam, Paris) zone. So I started talking to people about partnerships, and a large number of US and Asian companies were interested in landing in Europe, but nobody wanted just a partnership, they all wanted to buy us!

If acquisition looked like the way ahead, we had to define what the EvoSwitch business needed. We did not want to be swallowed up by an overly-political organisation, and we did not want sector-agnostic investors with a questionable strategy. What we were after was a good cultural and strategic match, enough capital to expand, and the freedom for our team to take part in this expansion.

We found all this with Iron Mountain. With $4bn in revenues from customers in 54 countries they have a hugely impressive and trusted business proposition since 1951, with a fast-growing customer base that needs sustainable cloud-rich European data center services. Their specialty over 20 years has been secure storage and digitisation, but distributed digital facilities – offering neutral hybrid cloud, advanced infrastructure for IoT, dense interconnection – is the natural next step. From the EvoSwitch perspective the fit was great. So at the end of May Iron Mountain paid $235 million to buy the business – 14 times 2018 Ebitda.

I am now responsible for the data center business in Western Europe and we are all set to grow the business. The data center division of Iron Mountain is it’s high-growth team and they have a great deal of independence within the group. While it was launched only a few years ago, it has already taken off in a big way. Two years ago Iron Mountain Data Centers were generating $20 million, and now that figure has gone up to $250m. The company now owns and operates over 2.5 million square feet (that’s 230,000 square meters) of prime space with 285 MW of power. We have data centers in three continents. Iron Mountain’s ambition is to be one of the world’s top five data center players.

So I’m very excited, as are the rest of the leadership team in the US, Europe and Asia. And what this brings to our customers on both sides of the Atlantic is just as exciting.

We now have 12 data center locations, most of them spread across the US, but also including London, Amsterdam and Singapore. In Europe we will be building on and combining our retail and wholesale propositions and expanding fast where we stand (new builds in London and Amsterdam ) as well as looking for opportunities to buy or build bigger data centers in other hubs in Europe. This will bring a raft of expansion opportunities for our customers, both the large ones and the ambitious smaller ones. We will soon be in a position to deliver major new dispersed services for customers across multiple locations. This is vital – for the last couple of years larger prospects loved our EvoSwitch Amsterdam facility, but several went elsewhere because they wanted multiple hubs and we didn’t have that footprint at that time.

The other key synergy Iron Mountain brings to its European data center portfolio is the sheer scale of its customer base and the potential that delivers for partnerships, collaborations and new revenue generation, not just for us but for our 1100 data center customers. With 225,000 customers, the Group has a billing relationship with 95% of Fortune 1000 businesses. We are already talking to many of these customers about what connection-rich European data centers can bring to them, and some deals have already been closed.

If we can help you accelerate your business by plugging into the new Iron Mountain data center proposition, or even if you just want to find out more, please get in touch with me or follow me. There is a lot to tell, and I intend to start looking at different challenges and opportunities in the European data center market over the coming months.

Collaboration and co-creation: how data centers…

Collaboration and co-creation. These values seemed to be the holy grail during the fully booked conference on residual data center heat on the 10th of…
Read more