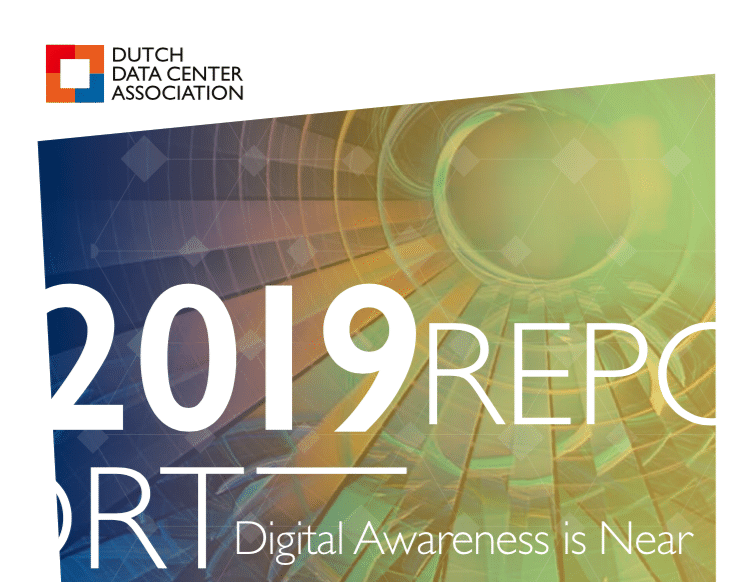 With Amsterdam, the Netherlands has the largest data center hub in Europe within its borders. The Amsterdam market grew by no less than 20% in MW last year, and with that, Amsterdam surpasses former number one London. This is made clear from the report that trade association Dutch Data Center Association (DDA) presented today in the Systemec ​​data center, where Ger Koopmans, deputy Governor of the King in Limburg, received the first version of the State of the Dutch Data Centers 2019 report.

This year’s research into the Dutch data center market was conducted for the fifth time. Also in 2018 the market grew again with double digits; the total power increased nationwide with 18%. The 189 Dutch colocation data centers now cover 369,000 m2 of data floor. The center of gravity is the Amsterdam region: 72% of all data centers can be found here. Over the past 8 years, this region has experienced an average annual growth of no less than 18.5% in take-up.

“Compared to the other European leaders London, Frankfurt and Paris, Amsterdam has a unique combination of colocation and hyperscale data centers,” says Stijn Grove, managing director of the DDA. He is therefore not surprised by the number one position: “The Netherlands, and Amsterdam in particular, is seen as the Digital Gateway to Europe due to its excellent connectivity and full developed ecosystem. With years of double-digit growth, it was only a matter of time that Amsterdam would overtake the other hubs.”

Digital Awareness is Near

The State of the Dutch Data Centers report was presented today on National Data Center Day, which the DDA organized for the fifth time. “We are becoming more and more data-dependent every day,” says Stijn Grove, “but most people are not aware of what is happening behind the screens.” On this National Data Center Day, many DDA-data centers open their doors to the public, giving them a unique look behind the scenes of the Internet.
One of the participating data centers is Systemec ​​in Venlo. “We notice that awareness of data in society is increasing,” says Jos Derkx, General Manager at Systemec. “Traditional companies are increasingly engaged with their digital transformation, and can therefore go to data centers everywhere in the Netherlands to have their business-critical infrastructure housed professionally.”

The report shows that the demand for data center services is increasing everywhere: nationwide, the total data center data floor grew with 20%. Awareness of the importance of the digital world is therefore becoming increasingly important: our economy has now become a digital economy. Developments such as AI, 5G and Quantum Computing will provide much more data than we have seen so far. These technical innovations are only possible if there is a strong, efficient and safe digital foundation. Data centers are an essential part of this and their important contribution to the digital world is becoming increasingly visible.

Growing in the right direction

In addition to opportunities, the growth of the market also brings challenges, for example in the field of energy distribution and the availability of green energy. The power consumption of data centers is a hot topic, and data centers have taken actions in recent years by investing in sustainable energy solutions and the use of green energy: 80% of DDA participants use exclusively green power.

Another important energy topic is residual heat from data centers. The DDA is actively involved in the acceleration of residual heat projects in which data centers play a role. Around 46% of DDA members re-use residual heat, 13% is involved in the roll-out of a heat network, and over 33% of DDA members are making plans to start re-using the heat in the near future. So it is definitely a hot topic for Dutch data centers. However, there is work to be done according to Stijn Grove. “For data centers as well as for network managers, energy suppliers and regional governments, now is the time to start re-using residual heat from data centers, and contribute to the energy transition. As the largest data center hub in Europe, it is time for the Netherlands to take the lead in this as well. ”

The concrete implementation of the Climate Neutral Data Centre Pact, launched in January 2021, is gathering pace as new industry players join in and…
Read more

Two years after the Amsterdam moratorium, where…

Amsterdam, June 1th, 2021 - On a summer Friday on July 12th, 2019, the Dutch data center industry was taken by surprise: a sudden moratorium from the…
Read more

From permanently working from home to AI: the…