Collaboration and co-creation: how data centers will accelerate the energy transition 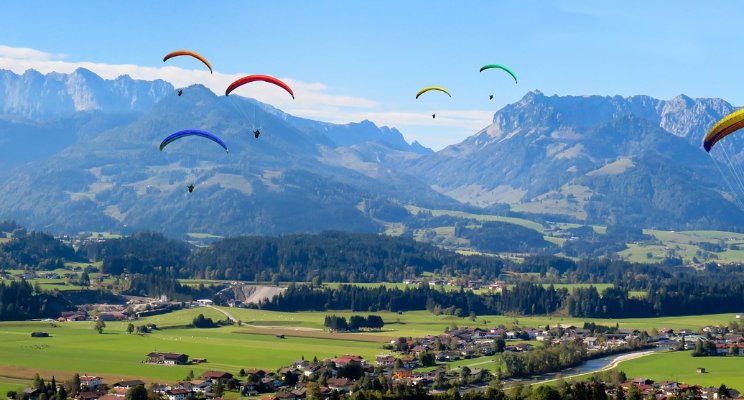 Collaboration and co-creation. These values seemed to be the holy grail during the fully booked conference on residual data center heat on the 10th of October in Almere, organized by Dutch Data Center Association, USG Engineering and Liandon Energy Consulting. A refreshing development, because it shows that presenters and attendants are not solely focused on the technical possibilities and limitations of the matter. Rather, they seem to be very aware that working together is the only way to unleash the full potential that data center residual heat has to offer.

The approximately 140 attendants represented a wide variety of parties, including data centers, heat consumers, energy (network) suppliers, investors and governmental parties. During the afternoon, several residual heat projects were showcased, in which both best practices and lessons learned were openly discussed. Below you find an overview of the most important take-aways of the event.

We are not in an era of change, we are changing eras

We are right in the middle of the Digital Transformation and it seems like the world is moving faster than ever. Alongside this development we see that a transition to renewable energy is taking place. Which is more than necessary. After all: digitization requires power and we’re running out of fossil fuels pretty soon. In the Netherlands for example, we plan to be gas free by 2050.

“That may seem far ahead, but don’t lean back just yet”, said Robert de Wit, Business Developer at USG Engineering, during the kick-off. “It seems like yesterday that we sat on the couch watching a nagging Al Bundy in Married with Children, but this as well was 30 years ago. Time flies, and we need to take action right now!”

It’s not easy being green

On this day, the National Day of Sustainability, the time to take action had arrived. Stijn Grove, director at Dutch Data Center Association, explains how data centers could be part of a fully optimized circular system. “When we take a close look at a data center, we see three stages with regard to its energy management. It starts with the input of power, which is almost entirely green energy. Within the data center, efficiency is optimized to such an extent that we have reached a PUE of less than 1.2 in a remarkably short period of time. The final stage is the output, the data center residual heat or in plain words: “waste” heat. This byproduct has the potential to heat over a million households in the Netherlands. The best news: we’re offering it for freeSo why aren’t we making better use of the energy that’s already there? The overwhelming interest in the conference shows that we’re all more than eager to contribute. But how to start and who to work with?

This is how to get started

It turns out that there are in fact many ways to get started when it comes to optimizing energy management. Arjan Westerhoff, Data Center Manager at Atom 86 / Schuberg Philis, lines out several possibilities to use data center residual heat.

Westerhoff also mentions a few other options in his presentation, such as immersed cooling and rotating UPS systems. Furthermore, Schuberg Philis is also looking into the possibility to use existing water networks to transport energy. If this turns out to be a successful practice, Schuberg Philis may be able to deliver its waste heat to the greenhouses at Schiphol-Rijk through this way of transportation.

Despite the line-up of technical possibilities, Westerhoff emphasizes that we shouldn’t get caught up in the technical details. “The human aspect is at least as important. In the end, we’re not doing all this for the sake of technology, we’re doing it to ensure the future of our kids.”

“Flowerpower” comes to mind when Paul Driessen, Product Manager at NLDC, enters the stage. Not only because his shoes are green and covered with flowers, but also because of the decisiveness and willpower that underscore his keynote.

“It starts with Cradle-to-Cradle”, states Paul, a framework that seeks to create production techniques that are not just efficient but are essentially waste free. “When designing our data centers, we are also already thinking about how to recycle our data center. A small example would be that we screw all components to one another instead of welding them. This way the components can be easily unscrewed and reused for other purposes once the data center is not in service anymore. The same applies to the building itself: what other purpose could it serve once it’s not a data center anymore?

The Cradle to Cradle concept also applies to other areas. “In the end it’s all about mindset, you know. Resources that may not be useful for you, may turn out to be a valuable source for others. For example, Brabant Water uses our warm ‘data center water’ for their own purposes and in return they deliver us cold water to cool our servers.”

Driessen also showcases this Cradle-to-Cradle principle in the energy flow at the High Tech Campus (HTC). More information on this project can be found here.

What we can learn from the Finns

They might strike us a bit odd, but as it turns out there’s actually a lot we can learn from the Finns.

Martien Arts, Director Mission Critical Facilities at Royal HaskoningDHV, starts his keynote with a short comparison between the Dutch and the Finns. “A key difference lies in the approach to solve problems”, explains Arts. “Finns have the tendency to tackle problems collectively, where they work together to make things better. They are focused on knowledge sharing and relationship building, and from there on they create a business model. The Dutch usually start the other way around: once a lucrative model is guaranteed, they are willing to actually start working together.”

Arts highlights two projects in Finland where they were involved with and where we could learn from:

It seems like hybrid is the new standard these days; cars, clouds, watches … So why aren’t there any hybrid heat networks yet?

Lammert van Wijk, Manager on heat processing techniques at Liandon Energy Consulting, believes that hybrid networks are the future, and that data centers could play a key role once realized. “Currently, we see a transition from singular networks to integrated, multi-disciplinary networks, which transport both High-Temperature (HT) and Low-Temperature (LT), biogas and so on. So, basically it means that we can start mixing several resources.”

Not only does this offer an excellent way for data centers to transport their waste heat, which is LT, Van Wijk also believes it offers an interesting business case for its stakeholders. In 2016 for example, Alliander DGO and energy supplier Ennatuurlijk took over heating company Warmtenet Hengelo. This paved the way for the construction of the main pipeline to the heating network. Once the pipeline was in place, AkzoNobel could provide residential and business premises with its residual heat, which up to that point had remained unused and therefore ‘wasted’. In this project, Ennatuurlijk serves as supplier while Alliander DGO builds and operates the network. A set-up that ensures expansion of the heating network.

One and one makes two

Data centers have the potential to heat 1 million households. In 2030, this number might as well be 2 million, according to a new whitepaper of Unica (in Dutch). How we can and will make this happen? Collaboration once again comes up as the common denominator. Once heat suppliers, heat consumers, heat storing parties and heat network suppliers are aligned in their mindset and planning, not much seems to be in the way of heading towards a fully circular system.

There are currently several initiatives in progress to examine possibilities to improve on sustainability in terms of heating. In a recent project, ECN, Equinix and Nuon examined the possibilities of using residual heat from data centers to feed in to heat networks of Nuon in the South East region of Amsterdam. ZOEnergy as well has identified several routes in Amsterdam South East that aim to make data centers part of a circular system.

“We need to keep our eyes open for new opportunities and plan ahead” was mentioned during the final pitch of Liandon. Once we know where new residential areas will be located, we will also know where residual heat could be useful. We can then start making plans for building data centers, heat networks etc.

Planning ahead: areas in Amsterdam where (residual) heating will be needed the upcoming years.

All projects can be found on our brand new Green Data Center Platform. This is the central place of information on projects concerning green data centers. By uploading your own project you automatically become an endorser.

Next years conference will take place on the 10th of October, 2018.

Have you missed the conference or would you like to see a recap of the day? The slides are available for viewing below!